Out of options and afraid for her life

Until she was rescued by generous donors like YOU 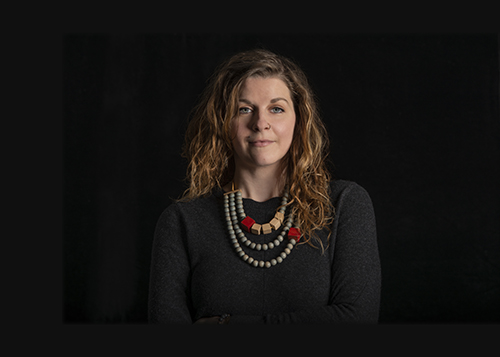 From the outside looking in, Ashley’s life seems fabulous. A great student, she was the first in her family to go away to a four-year college.

SHE GRADUATED AT THE TOP of her class with a master’s degree in psychology. She has an impressive job as a researcher. She’s married to a wonderful man. But there’s another part of her life she has kept largely private: Ashley has struggled with debilitating mental illness—clinical depression—since middle school.

What does severe depression feel like?
Most of us have down days, and maybe even long periods of feeling low. But very few of us can begin to imagine the depression Ashley has lived with for years.

“I can’t tell you how many people say, ‘Just go for a run and that will make you feel better,’” says Ashley. “But when you have really severe depression, you can’t just will yourself out of it.”

For Ashley, depression has meant feelings of profound isolation and fear, self-harm, psychotherapy, one ineffective medication after another, multiple suicide attempts, repeated hospitalizations… and a powerful wish to die that rarely left her thoughts.

For years, she fought through the rough times and close calls. With therapy, medication, and continuous hard work, she somehow managed to keep going. That is, until her late 20s.

“For the first time in my life I wasn’t able to put on a good face and keep going,” she says. “I couldn’t concentrate at work and had to take a leave of absence. I started having terrifying, intense suicidal thoughts.”

Desperate for relief, she enrolled in a clinical trial at Yale New Haven Hospital, which allowed her to receive a single treatment. “The next day,” she recalls, “I woke up and discovered what it felt like not to be incapacitated by depression. I had energy. I could feel feelings again. It was like a miracle!”

But most patients need repeated doses of KIT in order to sustain the benefits. Two weeks later, Ashley’s symptoms were back, even worse than before.

KIT is expensive—upwards of $1,500 per treatment. And since it’s not approved by the government for treating depression, most insurance companies—including Ashley’s—don’t cover it. There was no way she could afford it.

“I was out of options,” says Ashley. “I knew there was something that worked, but I couldn’t get access to it. A life raft was in sight, but just out of reach… and I was drowning.”

Donors had recently established the Interventional Psychiatric Services (IPS) Support Fund, to help patients like Ashley who are at dangerously high risk but can’t afford the right treatment. Her doctors understood how urgent Ashley’s need was. They arranged to have IPS funds help pay for a portion of her KIT treatments.

“I’m doing better than I’ve ever done before.”

Today, Ashley’s on a regular KIT schedule, receiving treatments every few weeks. “I’m very stable, doing incredibly well,” she says. “I am so very grateful to be alive.”

But she can’t ever quite let go of that nagging worry: “What if there is no longer money to support my treatment? What will I do then?”

She is acutely aware that her life is dependent on continued access to this treatment—and her insurance won’t cover it.