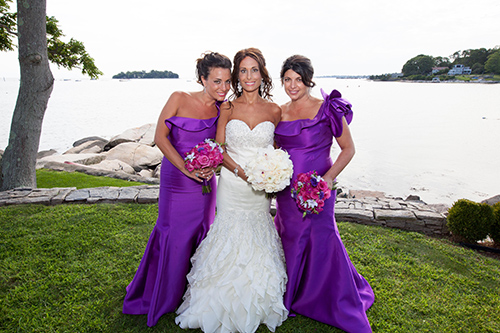 But if you join the fight, it will change the future

“LINDS, SOMETHING’S NOT RIGHT,” said Melissa Marottoli to her twin sister, Lindsay. At 26 years old, you don’t expect to have serious health problems. But when Melissa became unsteady on her feet one morning in 2007, Lindsay took her to get checked out at the emergency room, just in case.

After a few hours and several tests, the doctor told Melissa, “You have a brain tumor.” She was admitted immediately for brain surgery, and the terrifying diagnosis came the next day.

Lung cancer, in both lungs.

In that instant, the Marottolis’ lives were forever changed. This close-knit family—Melissa, Lindsay, their older sister Kristen, and parents Sal and Alie—made it their mission to learn everything they could and explore every possible option to combat this terrible disease.

“Mel had an amazing spirit; she felt she was going to beat all the odds,” says Lindsay.

Melissa started chemotherapy, while Lindsay and their father traveled throughout the world, seeking out the most progressive treatments.

“They went to many different places, looking at regular therapies, targeted therapies,” says Scott Gettinger, MD, medical oncology, who later became Melissa’s oncologist at Smilow Cancer Hospital. “Then they went one step further. It was almost as if they could see into the future.”

Early pioneers of a revolutionary approach

Lindsay and Melissa were identical twins. Their research led them to believe that somehow they could make use of Lindsay’s healthy immune system to help Melissa fight the disease.

At that time, there was not much support for immunotherapy as a treatment for lung cancer in the U.S. medical community. So the Marottolis sought out a physician in Europe who specialized in cell therapy— someone who worked with them to collect specialized immune cells from Lindsay and infuse them into Melissa.

“Mel lived five years with a one-year prognosis,” says Lindsay. “We have to assume some of that time came from what we did overseas.”

Tragically, Melissa eventually lost her fight, passing away at 31. It was five short months after her wedding.

“When Mel passed away, we felt we had to continue to fight,” says Lindsay, “ because she wouldn’t want anyone else to suffer the way she did.”

Lindsay and Kristen created the Melissa Marottoli Hogan Foundation to raise money for lung cancer research. The Marottolis were drawn to Dr. Gettinger’s work at Smilow Cancer Hospital, where he is conducting research into immunotherapy for patients with lung cancer—based on some of the same concepts as the treatment Melissa and Lindsay had tried in Europe.

“Everyone is affected by cancer. This research into immunotherapy is starting to look like it may actually lead to a cure—and soon. Who wouldn’t want to donate to that?” LINDSAY MAROTTOLI

In the past five years, the foundation has raised over $250,000. And every penny of it has gone to Dr. Gettinger’s efforts, which include conducting clinical trials to evaluate immunotherapy for lung cancer patients. The results of these trials have been astonishingly successful for patients with similar diagnoses to Melissa’s.

“Through Dr. Gettinger, we’ve seen people who were diagnosed just a couple of years after Mel—with the same death sentence she had,” says Kristen. “They’re on new immunotherapy trials, and they are still alive, five, six, even eight years later.”

“It didn’t happen for Mel,” Kristen adds. “But it’s happening for others in her situation. And this research will apply to other types of cancer as well. It’s a fantastic victory.”

Read the Next Article