Your gifts help preemies like Arynn and Ethan beat the odds 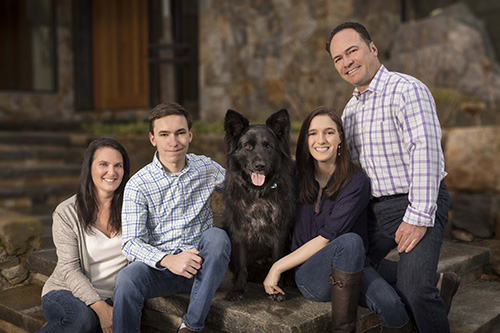 Sixteen years ago, Jennifer and Stan Rybalov were expecting twins. Like most parents-to-be, they had a thousand happy dreams about the future.

But Arynn and Ethan were born far too early, unexpectedly, at only 26 weeks. Each baby weighed less than 1 1/2 pounds. And suddenly the only thing Jennifer and Stan knew about the future was that it was filled with uncertainty.

The newborns spent six months in the Neonatal Intensive Care Unit (NICU) at Yale New Haven Children’s Hospital (YNHCH), with their parents constantly at their bedsides. It was a frightening time.

More than once, Jennifer and Stan were told by their doctors to be prepared for the worst.

They got through it by trying to take every day—every hour—one at a time. “We never got too far ahead of ourselves,” says Jennifer, “because you could lose your mind thinking of the 10 million things that could go wrong in an instant. We took every opportunity to celebrate the smallest of achievements: every milliliter of fluid taken in, every gram gained, every day that passed.”

As the months passed, the newborns gradually grew bigger and stronger. Jennifer firmly believes their miraculous progress was the result of the extraordinary care they received in the NICU. “None of it would have happened without the incredible dedication of the teams of doctors and nurses that cared for our children,” she says.

The NICU facility, however, was far from ideal in those days. There was absolutely no privacy in the open layout, for example. Any time an infant suffered a medical crisis, all the families in the unit witnessed it, making a painful and sometimes tragic event even worse.

And there was no space for new parents to spend the night with their newborns. “When our babies were ready to come home, we had never been on our own with them.” says Jennifer. “We didn’t have the opportunity to learn the basics, to fly ‘solo.’ It was quite a learning curve.”

More than a decade later, Jennifer and Stan learned about plans to expand and renovate the NICU. “When I saw the plans included private rooms for every family, with facilities for the parents to spend the night with their babies, I was honestly moved to tears,” says Jennifer. “We gave as much as we could to the project—and I wish we could have given even more.”

“We were so lucky to make it home from the NICU as a whole family and to have been at YNHCH. All the credit goes to the amazing nurses and doctors there, so we wanted to express our thanks with a donation to the recent campaign to rebuild and expand the NICU.” JENNIFER

Today, Arynn and Ethan are healthy, typical teenagers. “We couldn’t be happier,” says Jennifer. “Sixteen years ago we didn’t dare dream that ‘typical’ was possible”

Read the Next Article